Monzo founder Tom Blomfield is departing the U.K. challenger bank entirely at the end of the month, staff were informed earlier today.

Blomfield held the role of CEO until May last year when he assumed the newly created title of president and resigned from the Monzo board. However, having been given the time and space to consider his long-term future at the bank he helped create 6 years ago, and with a refreshed executive team now in place, he says it is time to “hand over the baton”.

In a brief but candid telephone interview, Blomfield also revealed that, as well as being unhappy during the last couple of years as CEO when the company scaled well beyond a “scrappy startup,” the pandemic and subsequent lockdowns exasperated pressures placed on his own mental well-being. “I’m very happy to talk about what’s gone on with me, because I don’t think people do it enough,” he says.

“I stopped enjoying my role probably about two years ago… as we grew from a scrappy startup that was iterating and building stuff people really love, into a really important U.K. bank. I’m not saying that one is better than the other, just that the things I enjoy in life is working with small groups of passionate people to start and grow stuff from scratch, and create something customers love. And I think that’s a really valuable skill but also taking on a bank that’s three, four, five million customers and turning it into a ten or twenty million customer bank and getting to profitability and IPOing it, I think those are huge exciting challenges, just honestly not ones that I found that I was interested in or particularly good at”.

In early 2019 after realising he was “doing too much and not enjoying it,” Blomfield began talking to Monzo investor Eileen Burbidge of Passion Capital, and Monzo Chair Gary Hoffman, about changing roles and how he needed more help. Then, he says, “Covid just exasperated things,” a period when Monzo also had to cut staff, shutter its Las Vegas office and raise bridge funding in a highly publicised down round.

“I think [for] a lot of people in the world — and you and I have spoken about this — going through a pandemic, going through lockdown and the isolation involved in that has an impact on people’s mental health,” says Blomfield. “I don’t think I was any different, so I was really struggling. I had a really, really supportive exec team around me and a really supportive set of investors on board and I was really grateful that when I put my hand up and said, ‘I need help,’ they were super receptive to that”.

Blomfield also comes clean about his role as president, a title that was intended as a way to provide the time and space for him to get well and figure out if he would return to longer-term to Monzo or depart entirely. Contrary to rumours, Blomfield says he wasn’t pushed out by investors. Instead, the Monzo board actually put pressure on him to remain as CEO longer than he wanted or perhaps should have (a version of events corroborated by my own sources). “When I took that president role, it was not certain one way or another what would happen,” Blomfield says, apologising in case I felt I was misled when I reported the news.

(The truth is, within weeks of running that news piece, I knew it was far from certain Blomfield would ever return, with multiple sources, including people close to and worried about Blomfield, confiding in me how burned out the Monzo founder was. As weeks turned into months and following additional sourcing, I had enough information to write a follow up story much earlier but chose to wait until a formal decision was taken). 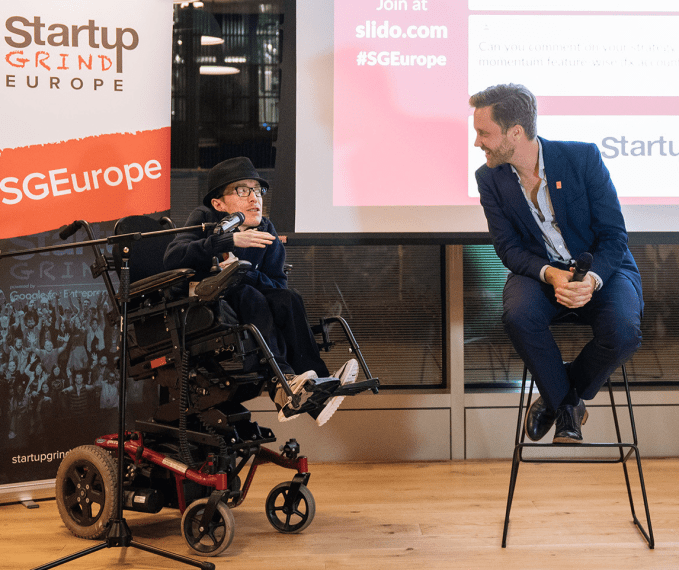 Meanwhile, Blomfield describes his resignation as a Monzo employee as “bitter-sweet,” and is keen to praise what the Monzo team has already achieved, including since his much reduced involvement. “I think the team has done phenomenally well over the last year or so in really difficult circumstances,” he says. In particular, he cites Monzo’s new CEO TS Anil as doing a “phenomenal” job, while describing Sujata Bhatia, who joined as COO last year, as “an absolute machine, a real operator”.

To that end, Monzo now has almost 5 million customers, up from 1.3 million in 2019. Monzo’s total weekly revenue is now 30% higher than pre-pandemic, helped no doubt by over 100,000 paid subscribers across Monzo Plus and Premium in the last five months (sources tell me the company surpassed £2 million in weekly revenue in December for the first time in its history). Albeit at a lower valuation, the challenger bank also raised £125 million from new and existing investors during the pandemic.

Blomfield also says that Anil and Bhatia and other members of the Monzo executive team have specific skills related to scaling and managing a bank approaching 5 million customers that he simply doesn’t. And even if he did, he has learned the hard way that there are aspects of running a large company that not everyone enjoys.

“Going from a CEO where you’re front and centre dealing with all of the different pressures every day to a much lighter role is a huge huge weight off my shoulders and has given me the time and space to recover,” he adds. “I’m now feeling pretty great. I’m enjoying life again”.

As for what’s next for Blomfield, he says he wants to “chill out” for a bit and perhaps take a holiday. He’s also finishing his vaccination training so that he can volunteer to help deliver the U.K.’s national COVID-19 vaccination rollout. A recent tweet by Blomfield about a side project also led to speculation that he has begun a new venture. Not true, says Blomfield, telling me it was a 5 day project designed to get back into coding and play with a robotic 2D printer. And while he’s very much left Monzo, he says he’ll continue cheering the company on from the outside.