Web browser maker Opera has acquired YoYo Games, the maker of the GameMaker Studio 2 game engine, for $10 million, and it has also launched its Opera Gaming division.

The deal underscores Opera‘s efforts to differentiate its web browser, Opera GX, through a gaming community. Opera itself has more than 380 million people using its web browsers worldwide. Its new Opera GX gaming browser has seven million monthly active users as of December, up 350% from a year earlier.

Opera Gaming will focus on expanding Opera’s capabilities and monetization opportunities in the gaming, said Krystian Kolondra in an interview with GamesBeat. Publicly traded Opera is based in Oslo, Norway, while YoYo Games is based in Dundee, Scotland.

“A couple years ago, we made the decision to produce innovation and not have to compete with mass market in browsers,” Kolondra said. She is Opera’s executive vice president of browsers. “We focus on some segments that actually grow and are meaningful. So we decided to go after gaming.”

GameMaker Studio 2 found its niche as a tool for making 2D games, and it’s being used by people who have very little training in skills such as programming. Kolondra said the tech has hit a point where people are becoming just as interested in making their own games as playing them. Opera also has a built-in cryptocurrency wallet. 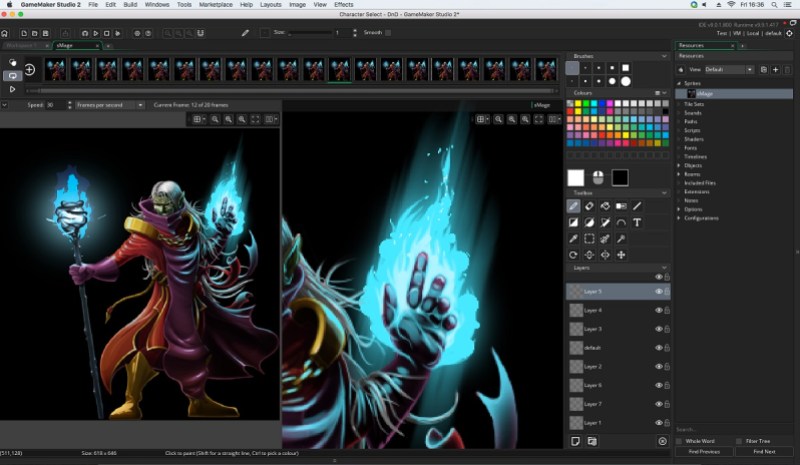 “It lowers the barrier to entry for anyone to start making their games,” Kolondra said.

The games can run across a wide range of web-supported platforms including PCs, mobile iOS/Android devices, and consoles.

YoYo Games general manager Stuart Poole will remain with the business alongside technical lead Russell Kay. YoYo Games has worked on the GameMaker engine for years, and it has been downloaded more than 10 million times since 2012.

Some of the big hits made with GameMaker include Risk of Rain, Undertale, and Hyper Light Drifter. Those games have sold millions of copies. Kolondra said the company does not plan to make exclusive games that run only with the Opera GX browser, as the goal is to create a community around Opera GX users but also make GameMaker Pro 2 available to those who want to make cross-platform games.

Kolondra said that good browser performance is essential to even 2D gaming, and sustaining that performance across mobile devices and laptops as well as variable bandwidth and connectivity requires thinking outside of traditional application silos. The line between building good games and good browsers has been eroding for years — with gaming interactivity across internet connections ramping up and browsers growing more multi-function and sophisticated, he said.

Opera GX has been getting good reviews from players who don’t want to sacrifice performance just by having a web browser running, Kolondra said. It has more than a million ratings to date.

“For us, gaming is more like a community now,” Kolondra said. “This is going to accelerate our growth as it will be a very unique value proposition. GameMaker Studio makes it easy for people to create games.”