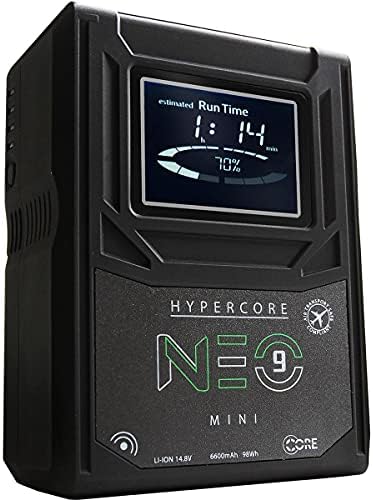 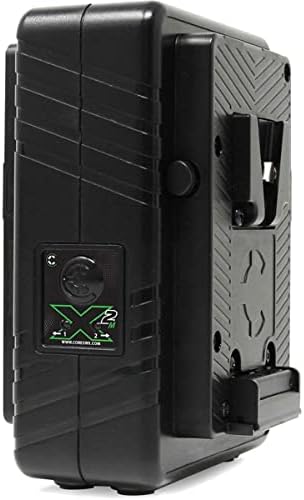 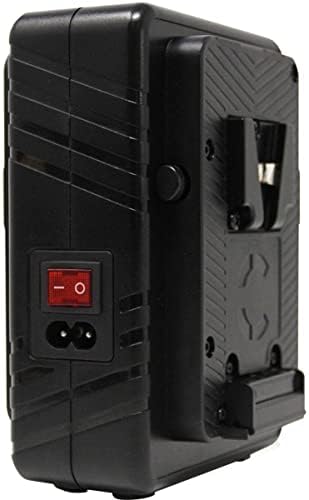 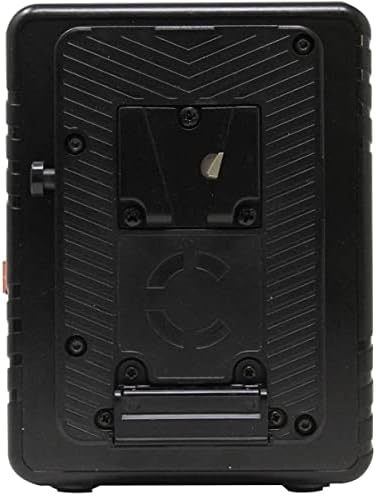 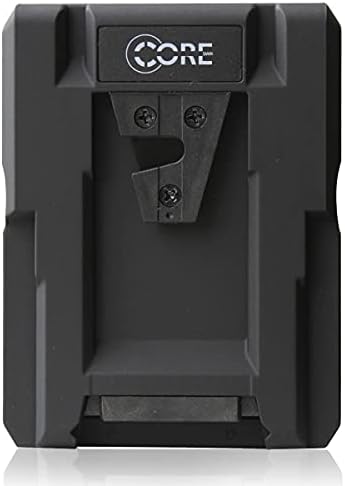 The Hypercore NEO Mini 9 is the most complete 98wh, 14v Lithium Ion battery pack on the market. Encompassing all the original features of the award winning Hypercore line, with additional features exclusive to NEO. As with our other packs, the NEO pack is microprocessor-driven, making them safer as well as supporting the transmission of runtime and percentage data to your camera’s viewfinder or LCD. That same data can also be viewed on the new multipurpose, intuitive backlit LCD on the front of the battery packs. The LCD is multipurpose as it provides remaining runtime based on a 30W dummy load while not in-use, a remaining down to the minute runtime while connected to the device you’re powering and it even provides remaining charge time while connected to a charger. Further leveraging the microprocessor, the NEO packs have an RFID transmitter on the front of the packs, so you can easily grab all your battery data stored from the pack on your phone via our VoltBridgeID app available in the app store. Not only was the NEO line constructed similar to Helix with the new LCD and RFID, it was also constructed in a modular design like Helix, which reduces cabling and maximizes product integrity. The pack is put together like building blocks within a very small battery housing, reducing the chance of a failure due to a drop or multiple drops. The modular design also makes it very easy to service as the components are plug and play. Knowing 10A load delivery
Core 2 Pack SWX Hypercore NEO 9 Mini 98Wh 14.8V 6.6Ah V-Mount Lithium-Ion Battery – Core SWX 2 Year Warranty – Core SWX Two Position Simultaneous V-Mount Battery Charger with 90W Power Supply
Mount / Series Type: V-Mount
Chemistry: Lithium-Ion
Capacity: 98Wh (14.8v, 6.6Ah)
Normal Runtime: 25W 3.6hrs