The Trump administration has reversed its decision… 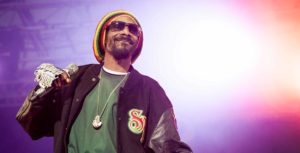 Every week, MobileSyrup goes over some of the most notable movies and TV shows to recently hit Canadian streaming platforms.

Typically, this column focuses on content from Amazon Prime Video Canada, Crave and Netflix Canada, although other streaming services may be mentioned when relevant.

Any shows or movies that are made in Canada, involve notable Canadian cast or crew or are filmed in Canada will also be highlighted.

All These Small Moments

All These Small Moments is a drama film that follows the complications surrounding a teenage boy’s infatuation with a woman he sees on the bus.

The film is a collaboration between Canadian directors Jennifer Baichwal and Nicholas de Pencier and Canadian photographer Edward Burtynsky and took home Best Feature Length Documentary and Best Cinematography in a Documentary at the 2019 Canadian Screen Awards.

Last year’s smash hit romantic comedy is now on Crave, telling the story of a Chinese-American professor who finds out his girlfriend’s family is among the richest people in Singapore. The film is notable for being the first film by a major Hollywood studio — in this case, Warner Bros. — to feature a majority cast of Asian descent.

Before Once Upon a Time in Hollywood — Quentin Tarantino’s 9th (and, reportedly, penultimate) film hits theatres in July — you can revisit his feature-length debut, Reservoir Dogs. The film follows a group of thieves who get into trouble when their jewelry store robbery goes horribly wrong.

Reservoir Dogs was written and directed by Quentin Tarantino and stars Harvey Keitel (Thelma & Louise), Tim Roth (Lie to Me), Michael Madsen (Thelma & Louise) and Chris Penn (Footloose), among others.

The full list of movies and shows hitting Crave in April can be found here.

Netflix is celebrating 4/20 with two weed-related documentaries (see more on the second one below). The first, hip hop pioneer’s Fab 5 Freddy (Yo! MTV Raps) Grass is Greener, takes a look at America’s relationship with cannabis, particularly from the perspective of music and race. Some of the famous people interviewed include Snoop Dogg, Cypress Hill’s B-Real and Damian Marley.

Netflix’s latest original comedy series, No Good Nick, follows a family that finds itself upended when a grifter claiming to be a distant relative enters the fray.

The full list of movies and shows hitting Netflix Canada in April can be found here.

What are you looking forward to streaming this weekend? Let us know in the comments!

The post Streaming in Canada this week on Amazon Prime Video, Crave and Netflix [April 15 – 21] appeared first on MobileSyrup.

Forget Avengers: Endgame or Game of Thrones — watch 'Clippy: The Unauthorized Biography' instead