I hate every meeting except this one

The 5 Stages Of The Blog Sales… 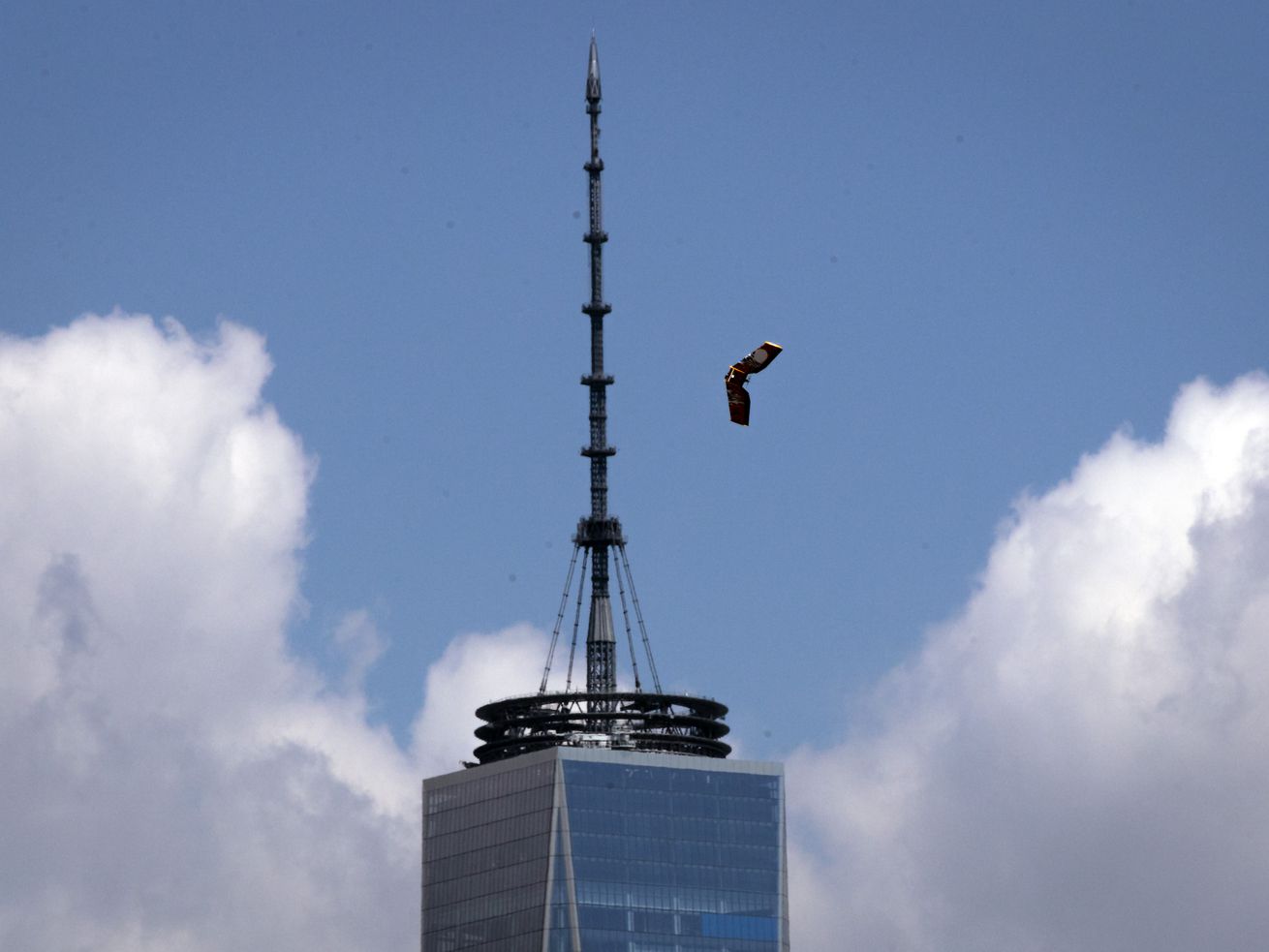 This could speed up the process for other companies to get the FAA’s okay.

A Google offshoot just got the FAA’s first go-ahead for drone deliveries.

The Federal Aviation Administration on Tuesday authorized Alphabet’s Wing Aviation to start delivering goods via drones later this year. Wing will start delivering commercial packages in unmanned aircraft in Blacksburg, Virginia. It partnered with the Mid-Atlantic Aviation Partnership and Virginia Tech as a participant in the Transportation Department’s Unmanned Aircraft Systems Integration Pilot Program, an initiative to accelerate drone integration and help the department and the FAA devise rules surrounding drones.

The approval is an important one, given that this marks the first time the FAA has granted a so-called air-carrier certification for drone delivery of items such as food, medicine, and small consumer products. Wing plans to reach out to the local community before getting started in order to get a sense of its needs.

Amazon has for some time been working on drone package delivery via its Amazon Prime Air division, for which it has development centers in the US, UK, Austria, France, and Israel. And George Mason University this year said it would let students have some food and drinks be delivered via drones on the ground.

Still, there is a long way to go before consumer delivery via drone is a widespread reality in the United States. As the Wall Street Journal notes, it probably won’t be until 2020 or 2021 that the FAA implements broader rules for drones that would set out the lay of the land for delivering packages. There are a number of potential issues that still need to be addressed, including noise restrictions, safety, and air traffic control. There are privacy concerns surrounding drone deliveries as well. But Tuesday’s approval signals the FAA is willing to grant some carriers approval even before the final framework is in place.

James Ryan Burgess, Wing’s CEO, spoke with Bloomberg about the approval and said it had been “pivotal” for both the company and the wider drone industry. “It shows these devices can be value-added in our communities,” he said. “They can be a faster, cleaner, less expensive way to transport things while still adding to the safety of society.”

Wing will be able to send drones beyond the visual sight of the people operating them in order to deliver goods to consumers. The devices can only be operated during the day, and a pilot can operate as many as five drones at a time. The type of certification Wing received as an air carrier is the same one granted to charter airlines and small air-cargo haulers and means it can fly longer ranges and charge customers.

Wing’s drones have a wingspan of about 3 feet and weigh approximately 11 pounds, and they can carry packages that weigh up to a little more than 3 pounds. They fly up to 400 feet above the ground.

Transportation Secretary Elaine Chao in a statement said the approval was an “important step forward for the safe testing and integration of drones into our economy.” She also emphasized that safety would be the department’s priority as drone technology is further deployed and developed.

The department said that Wing demonstrated it met the FAA’s safety standards to qualify for an air carrier certificate because of extensive data and documentation and thousands of flights the company conducted in Australia in recent years. The way Wing’s delivery system works is that a user orders something — including meals, beverages, and over-the-counter drugs — from a merchant via the Wing mobile app. The merchant than packages the goods and requests a Wing drone pick-up.

Wing’s approval could speed up the process for other companies seeking the same go-ahead from the FAA. As The Verge notes, that could very well include Amazon’s Prime Air. Prime Air completed its first drone delivery demonstration in 2017 but still hasn’t gotten its consumer delivery service off the ground.

VentureBeat is looking for a Head of AI Events Content

The Mac is becoming an iPad accessory

In its lawsuit against Rankwave, Facebook alleges Rankwave misused Facebook data outside of the apps where it was collected and refused to comply with an audit (Josh Constine/TechCrunch)

WWDC 2019: How to watch Apple's keynote event and what to expect