Foxconn to invest $1 billion in India… 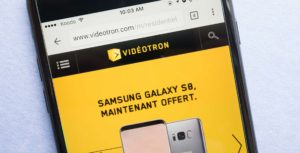 Quebec-based carrier Vidéotron is waiving service suspension fees for residential and business customers in Quebec that are affected by spring flooding.

The carrier said in a release that due to several parts of Quebec that may be affected, customers will be able to “interrupt their service for the duration of their evacuation.”

It noted that all services, except wireless, can be temporarily suspended for up to six months at no charge for customers in these areas: Centre-du-Québec, Chaudière-Appalaches, Eastern Townships, Lanaudière, Laurentians, Outaouais and the Greater Montréal region.

MobileSyrup has reached out to the other carriers to learn if their customers will be able to take advantage of this.

Vidéotron asks that customers call for more information or to suspend services.