From lab-grown meat to robot baristas, how…

Trump's TikTok and WeChat bans: What they… 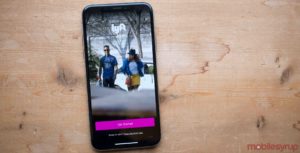 Ridesharing company Lyft is offering free rides to customers affected by floods in Ottawa that need transportation to emergency centres.

Riders should use the code ‘YOWRELIEF419’ for anyone that needs to get to an emergency community support or volunteering centre that are listed by the City of Ottawa.

Lyft said the code is valid for two rides up to $15 CAD each between 9am and 7pm ET on Friday, April 26th to Sunday April 28th.

BREAKING: Canadian Armed Forces members arriving in Constance Bay.
Up to 400 military members are being deployed to flood zones in Ottawa. #ottnews pic.twitter.com/7YglWu9ZKg

The Mayor of Ottawa Jim Watson declared a state of emergency due to flooding concerns last night on April 25th.

Environment Canada also issued a special weather warning indicating that up to 35 millimetres of rain was to hit the capital by Saturday.

Four hundred soldiers with the Canadian Armed Forces were setting up this morning to assist with flooding efforts.

The post Lyft to provide free rides to help residents in Ottawa affected by floods appeared first on MobileSyrup.

Xiaomi to launch Mi Robot Vacuum Cleaner in India on today: All we know so far