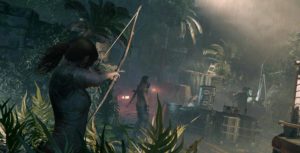 As part of the expansion, over 100 new jobs will be created between Square Enix Montreal and Eidos Montreal.

Eidos Montreal’s most recent game is 2018’s Shadow of the Tomb Raider, which it co-developed with San Francisco-based Crystal Dynamics. The two studios are also currently working on an untitled, mysterious Avengers game, which was first teased in January 2017 but has not been shown off publicly since.

Square Enix Montreal, meanwhile, is set to grow more than double in size over the course of 2019. The studio is best known for making the Go mobile titles based on the Hitman, Tomb Raider and Deus Ex franchises.

However, the company hasn’t released a game since 2016’s Hitman Go, and it confirmed last June that it has ceased work on the Go line of games entirely. At that time, Square Enix Montreal confirmed it will work on other mobile titles instead, although it’s unclear exactly what these might be.

More information on both Montreal studios’ next games may come next month at the Electronics Entertainment Expo (E3). As it has done in the past few years, Square Enix is planning an E3 livestream to reveal new games, which will be held this year on June 10th.

Square Enix’s increased Montreal presence comes as part of a larger partnership between Canada and Japan. As announced by Canadian Prime Minister Justin Trudeau and Japanese Prime Minister Shinzo Abe, the two countries have formed a number of agreements to strengthen relations, including Mitsubishi and Fujitsu artificial intelligence development in Vancouver and a new R&D lab in Montreal for Denso, the world’s second largest mobility supplier.

Why Congress Needs The Office Of Technology Assessment More Than Ever

Google IO cancelled: Android 11 and Pixel 4a event scrapped due to coronavirus fears