The unofficial Apple Archive is on death’s…

5 Sites to Find Ethical Alternatives to…

I hate every meeting except this one 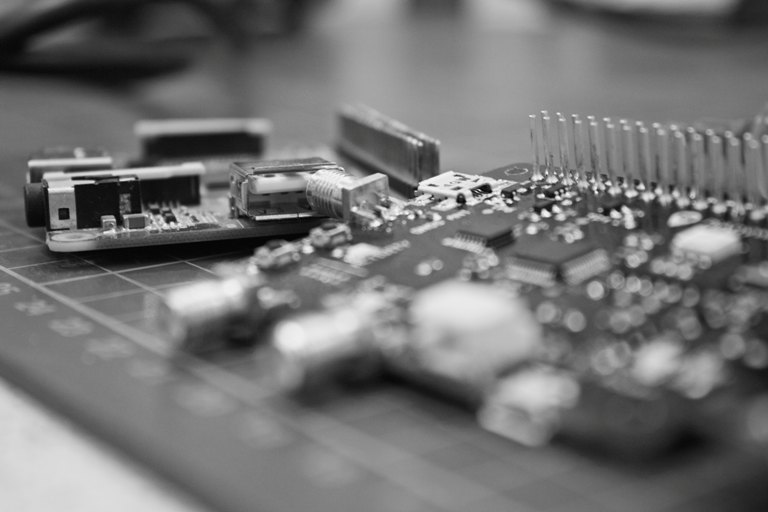 The Internet of Things (IoT) is transforming our world in tremendous ways.
By enabling everyday objects to communicate wirelessly, we can automate data exchange and create new efficiencies that positively impact lives and organizations.
Underlying the IoT is wireless sensor technology, which allows us to collect information about surrounding environments over extended periods with little manual effort. Wireless sensors can be configured to measure a variety of variables, from air temperature to vibration. Overall, there are many different types of wireless sensors available in the marketplace.
Many wireless networks contain hundreds, sometimes thousands, of wireless sensors. Already, these devices are used across a wide range of sectors, including retail, agriculture, urban planning, security, and supply chain management.
In this article, we dive deeper into how wireless sensors work and explain why they are so important for the IoT revolution.
What do wireless sensors do?
Wireless sensors gather data about local conditions and share findings with other powerful components or platforms for further processing. Sensors are typically distributed across large geographic areas and programmed to communicate with central hubs, gateways, and servers.
One major advantage of wireless sensors is that they require a low level of maintenance and small amount of power to function. Sensors can support IoT applications for years before needing a battery change or charge.
When it comes to building wireless networks, one of the biggest questions developers face is how to arrange wireless sensors in the field. Sensors, or “nodes,” must be distributed in such a way that supports the overarching objective of the network developer.
How are wireless sensors arranged?
The two most common arrangements for wireless sensors are the star and mesh topologies.
The “mesh” topology describes networks in which sensors connect to as many other nearby nodes as possible. As a result, data can “hop” from one node to the next without having to follow certain routes or sensor hierarchies. As a result, connectivity issues are less harmful to network performance as data can take multiple paths to reach processing components. Mesh topologies are also easy to expand as new sensors need only to connect to existing nodes.
On the downside, mesh topologies are costly and can be difficult to maintain. There are so many connections to create and manage, which becomes more challenging as networks grow.
The “star” topology describes networks in which every sensor connects directly to a central gateway or hub. These hubs take sensor information and transmit it to other applications for processing. In these arrangements, nodes do not communicate directly with each other.
Compared to mesh networks, star-shaped networks are more cost-effective as fewer connections are required. However, it is harder to expand networks as any new sensors must connect central hubs, which have capacity limitations.
How have wireless sensors communicated in the past?
There are several wireless standards available that can support sensor networks.
Until recently, cellular technology was the most commonly used option for wide-area network (WAN) connectivity. However, cellular technology is expensive and consumes significant energy, which is not well suited for long-range, low-power devices, like wireless sensors.
Outside of cellular technology, WiFi, Bluetooth Low Energy (BLE), and Zigbee, can also support wireless sensor networks. These standards also fall under the “traditional wireless solution” category but have unique advantages and disadvantages.
WiFi (“wireless fidelity”) is one of the most widely used wireless technologies today in business offices and homes. WiFi uses the 2.4GHz and 5GHz ISM frequency bands. Because WiFi is so prevalent, it is relatively easy to leverage existing networks for wireless sensor use.
However, WiFi signals have difficulty penetrating walls, which is a disadvantage for long-range applications. Additionally, WiFi networks are managed by local routers that may not always have direct user interfaces for updating sensor keys.
BLE is a low-power protocol that is distinct from traditional Bluetooth technology. BLE uses the 2.4GHz frequency band to transmit small amounts of information. The wireless standard is less costly to use than WiFi; however, the same problems exist when it comes to sending data through walls or over long distances. In addition, BLE is susceptible to signal interference as many other devices and standards use the 2.4GHz frequency band.
Zigbee is a wireless standard that relies on mesh networking to support large numbers of nodes (>65k) within a single network. Zigbee is best for wireless sensor networks that do not require much bandwidth.
One disadvantage of Zigbee is that some sensors must always be on in order to share information for processing. As a result, Zigbee consumes more total energy than today’s leading standards.
What are the new communication standards for wireless sensors?
Although traditional wireless standards are effective, a new class has emerged that is much more effective for wireless sensor networks. Low-power wide-area networks (LPWANs) are growing as the go-to technology for long-range data transmission. LPWANs can support billions of sensors and will be used heavily for IoT applications.
LPWANs offer several advantages over traditional standards. First, they consume less power from devices because they transmit information at a much lower bit rate. Sensors can survive several years on LPWANs on a single battery charge. LPWANs can also support sensors over vast geographic areas as data can be transmitted over long distances.
From a cost perspective, deploying wireless sensors on LPWANs is less expensive compared to alternative methods. Because data rates are so low, hardware requirements are less intense.
There are several downsides to using LPWANs. LPWANs are not well suited for applications involving large data packets. Sensor networks that need to transfer more data should use higher capacity cellular or short-range, WiFi, BLE, and Zigbee networks. Additionally, LPWANs use unlicensed radio frequencies, which can be harder to manage from an interference standpoint.

What are the leading LPWANs for wireless sensors today?
The three primary LPWANs for wireless sensors are LoRa, SigFox, and NB-IoT.
LoRa (“long range”) is a widely accepted standard that uses a chirp spread spectrum modulation scheme to transmit data over very long distances. LoRa is the foundation for LoRaWAN, a publicly available layer specification that connects wireless sensors through gateways or LoRaWAN network providers. LoRaWAN has a higher bandwidth than Sigfox and can transmit data packets more effectively through noisier environments.
With LoRaWAN, data is sent over encrypted messages between gateways and network servers. Servers authenticate and decrypt data that is ultimately sent to end applications. Users can send messages directly to wireless sensors through LoRaWAN to reconfigure devices.
LoRaWAN sensors are classified into three groups based on the ability of the sensor to send and receive messages. Class A devices remain in sleep mode until they have something to transmit. These sensors can send uplink messages at any time, which makes them especially useful in wireless sensor and actuator networks (WSAN).
Class B sensors have scheduled windows for devices to receive downlink messages from servers. Class C devices maintain an open receive window for messages unless they need to transmit information. Consequently, C sensors enable low-latency communication but consume more energy than the other classes of sensors.
With all of these LoRaWAN sensor types, network developers must have proper gateway hardware to receive data and pass information along to servers.
SigFox connects wireless sensors directly to base stations using ultra narrowband transmissions. The standard has coverage in more than 55 countries and can support more than 100 channels per sub-band in the U.S. at 600 bps. However, data packets are limited to 12 bytes, and the standard does not allow message acks. SigFox users pay per device and by the number of uplink and downlink messages sent per day.
NB-IoT uses existing cell tower infrastructure to provide expansive coverage for low-power devices. The standard uses guard bands for narrow channels to avoid interference and can penetrate indoor environments well. In 2018, T-Mobile added NB-IoT coverage through its 4G network.
What makes an effective wireless sensor network?
There are several critical characteristics of well-designed wireless sensor networks.
First, nodes should be easy to locate within a network. Sensor maintenance, such as replacing batteries and updating components, is much easier when developers know where to find all of their devices.
Second, sensor networks should be able to withstand node failures without widespread disruption. Topology plays a big role in how networks handle connectivity issues. Those deploying wireless sensor networks must choose topologies that can withstand component failures.
Third, networks should be easy to scale. Developers must be able to grow their wireless sensor networks efficiently without having to invest significant capital to expand.
Finally, it is important to consider power consumption when designing a network. The wireless sensors used should align with the data demands of the IoT application. Otherwise, network managers risk spending significant time and capital on ongoing maintenance and replacement.
How are wireless sensors used?
Already, there are many real-world examples of how wireless sensor technology is used today across a variety of industries and applications.
The security sector has embraced wireless sensor technology in many ways. With wireless sensors, organizations can monitor their premises, identify suspicious activity, and track valuable assets. Banks can turn wireless push buttons into panic buttons for employees and retailers can install wireless window sensors on every building access point. Homeowners can also use wireless air sensors to detect harmful gases in the air, such as carbon monoxide.
On the utilities management front, wireless sensors help automate communication between critical systems and mitigate future problems. For example, water leak sensors can be mounted on walls to detect plumbing failures or pipes that may burst in the winter. Wireless rope sensors are being used in server rooms and data centers to detect the presence of water near computer hardware.
Wireless sensors are also supporting disaster management efforts. In Texas, wireless sensors are being installed on bridges that can detect water levels above a certain threshold, thus indicating potential flash flooding in the area. Wireless vibration sensors are being in industrial plants with large machinery to predict equipment failures before they occur.
In healthcare, wireless sensors are helping care teams monitor patients in real time. Wireless push buttons are serving as PERS devices in senior care facilities. Humidity sensors are helping hospital facility managers maintain healthy environmental conditions for patients.
Retailers and grocery stores are using wireless sensors on the floor to help employees create positive experiences for customers. Wireless push sensors are being installed in restrooms so that shoppers can indicate when cleaning is needed. Wireless air temperature devices are helping superstores monitor refrigerators and non-cold merchandise simultaneously.
These are just a few examples of how wireless sensor networks are creating new efficiencies and impacting lives in positive ways. As the IoT space continues to grow, expect to see more innovative sensor applications that transform modern industries forever.

A glitch is breaking all Firefox extensions