9 new trailers you should watch this…

Three Neat Things You Can Do With…

Are your bounce rate numbers accurate?

How to Make Data-Driven Business Decisions in… 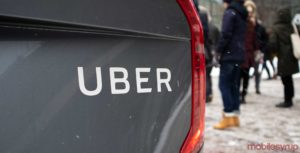 Through its Community Impact Initiative, Uber will provide rides for interviews, job training and medical appointment purposes. Specifically, the initiative will help residents in Toronto, Vancouver, Montreal and Calgary.

Those in need of transportation can contact YWCA, which will then connect them to a ride through Uber. The two parties previously teamed up earlier this year to raise awareness of gender-based violence and provide resources and training to support programs and services across Canada.

Equity transcribed: New a16z funds, a $200M round and the latest from WeWork and Slack

Here are the shows and movies leaving Netflix Canada in May