Most Expensive Gadgets, For Gamers with Deep… 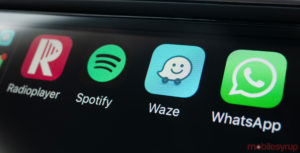 Spotify has released a top-ten list of the most listened to songs by Waze users in 2019.

In this list of top songs there are three Canadian artists, including Shawn Mendes, Snow and Justin Bieber.

Top songs listened to on Spotify by Waze users in 2019:

Spotify and the other audio apps integrate with Waze, allowing subscribers to use the music streaming platform with less distractions. According to Waze, the number of users on the platform has increased by more than 400 percent in Canadian since its 2015 launch.

The post Spotify releases the top 10 songs listened to by Waze users in 2019 appeared first on MobileSyrup.

Meet Tiles for Wear OS, the next swipe forward for Google’s Wearable OS