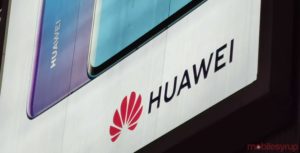 Huawei rotating chairman Eric Xu estimates the company will report annual revenue of $122 billion (about $158 billion CAD) in 2019, despite being on the U.S. ban list.

In his New Year’s Eve message to employees, Xu said this was an 18 percent year-on-year increase, but still, they are “lower than our initial projections.”

“Our carrier business has been leading the commercial rollout of 5G networks worldwide, and our enterprise business continues to lay the foundations for digital transformation of our customers across industries,” Xu wrote.

He noted that in the past year 240 million smartphone units shipped throughout the year.

Xu thanked Huawei employees in the note for the accomplishments, despite being banned by the U.S.

U.S. President Donald Trump issued the ban in May, which prevented Huawei from working with any U.S.-based company. Shortly after Google pulled its business from the company and indicated future phones would not have access to Google services. In June, the Commerce Department in the U.S. lifted the ban slightly and thereafter began issuing conditional licences to some companies to be able to work with Huawei.

The U.S. alleges that Huawei uses backdoors and spyware in its equipment to spy on citizens and provide information to the Chinese government. It has also charged Huawei, it’s CFO Meng Wanzhou and its subsidiary Skycom 13 counts of bank and wire fraud. These allegations have yet to be proven in court and Huawei denies them.

“The external environment is becoming more complicated than ever, and downward pressure on the global economy has intensified. In the long term, the U.S. government will continue to suppress the development of leading technology – a challenging environment for Huawei to survive and thrive.

“Moving forward, we will leverage our strengths in information and communications technology to enable the digital transformation of all industries, and ultimately bring digital to every person, vehicle, home and organization for a fully connected, intelligent world,” Xu wrote.

Xu states that in 2020 the company is expected to remain on the U.S.’ Entity List and notes that it won’t grow as much as it did in the first half of 2019.

“It’s going to be a difficult year for us. We will have nothing to rely on but the hard work of our people, as well as the ongoing trust and support of our customers and partners,” he said. “Survival will be our first priority.”

Xu pushed in the letter that in 2020, the company needs to focus on building out Huawei Mobile Services to “ensure that we can keep selling our smartphones in overseas markets, and support the innovation of our application partners.”

The post ‘Survival will be our first priority,’ says Huawei rotating chairman in NYE letter appeared first on MobileSyrup.