The 19 advertising execs who wield the…

10 Basic Programming Principles Every Programmer Must… 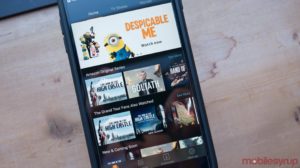 Each month, Amazon Canada adds new movies and TV shows to its Prime Video streaming service. Here are all of the movies and shows coming to the service in June.

Amazon has also provided information regarding the shows and movies coming to its Prime Video Channels.

Get fancy with your cooking with these Joule accessories

Raptors vs. 76ers Game 7 most watched NBA game ever in Canada