Q&A With Me and Rushton Hurley Tomorrow… 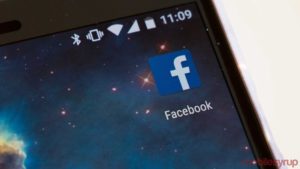 Facebook is working on a new privacy feature for Messenger that lets users lock their messages on iOS.

In a future update, users will be able to require Face ID and Touch authentication before messages can be accessed. This feature is already available on WhatsApp, which is owned by Facebook. Users have the option to require authentication each time the app is opened or after a period of time, ranging from one minute to an hour after closing the app.

It’s important to note that the feature can’t only be used for specific chats, but will apply to all conversations. The feature is currently being tested with a select number of iOS users, but will be expanded to more users soon.

Facebook told Engadget that the feature is “an added layer of privacy to prevent someone else from accessing your messages.” The social media giant outlined that it wants to give people more ways to protect their private messages.

It’s unknown when Facebook plans to roll out this feature to all iOS users, but it’ll definitely be a helpful one for those looking for an extra layer of security.