With a continued emphasis on renewable and reusable energy, upcycling has become one of the biggest trends going into the next century. The process of upcycling, also known as creative reuse, consists of transforming by-products, waste materials, unwanted old and useless products into new materials or products. In most cases, up-cycling is mainly done with furniture which has either gone out of fashion or is damaged.

As we continue to live in a world with developing technology, there’s no surprise that up-cycling will soon involve some type of technology. Augmented and Virtual Reality are both technologies that could help transform this space, helping consumers create and repair products in their homes. 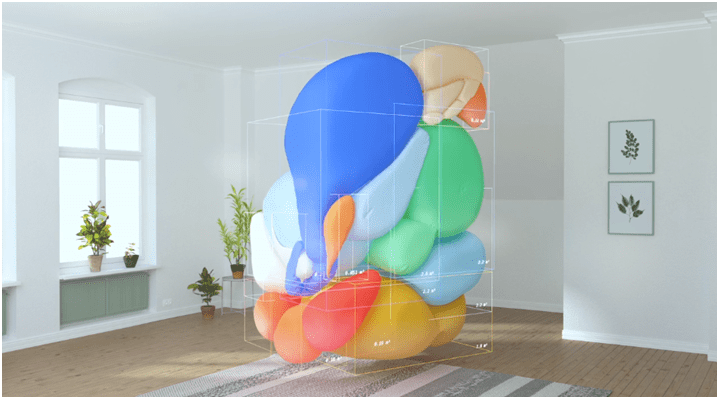 One of the biggest organizations focusing on this is IKEA. IKEA along with its research lab, SPACE10, have together curated up to 18 different digital experiences from its design and technology studios as part of its web-based platform called Everyday Experiments. Each of the experiments uses technology such as augmented reality, artificial intelligence, virtual reality, spatial intelligence and machine learning helping consumers think about the space and furniture in their homes.

IKEA is continuously dominating the furniture and interior design industry with new, easy to use fashionable products and were one of the first to launch its own AR app with Apple in 2017. The app allows users to install virtual sofas and armchairs in their living rooms allowing them to view the furniture in the space intended before purchasing. Many of SPACE10 experiments use augmented reality, one which many brands such as Apple and Google are highly interested in.

One of the first Everyday Experiments is thought to be a design prototype called Point and Repair. The experiment has been developed by Random, an Amsterdam based studio. The experiment lets you gesture a piece of damaged or worn furniture in the app. The smartdevice app will then provide users a variety of personalized solutions on how best to up-cycle it depending on the damage. The information provided varies from tutorials on how best to repair to produce yourself or link you over to a page where users can order parts from.

Another prototype called Extreme Measures is a speculative design prototype that uses LiDAR. The experiment helps users visualize and measure the space in their homes by filling empty spaces with inflatable elephants, as demonstrated by the featured image above, forcing consumers to think about the available space in their home and how best to use them. 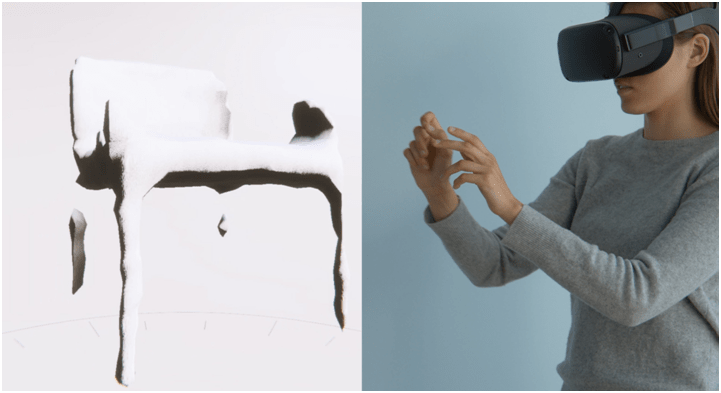 Another one of the most interesting experiments developed by studio Bakken & Back is called Technocarpenter. The experiment uses a combination of VR and AR technology and allows users to fashion their own chairs as the first image above demonstrates. It works by users moving around their palms and fingers in a virtual environment. Users will be able to watch the chair translate into a machine learning-generated seat based on how the user wants it to look.

Although most of the experiments are still at prototype stage, there’s no doubt that the future of interior design and the way we think about spaces will be driven by the use of technology. Some experiments like Optical Sound System lets users visualize how sound and music will sound in the space around you. The experiment visually shows how sound waves bounce off nearby surfaces. 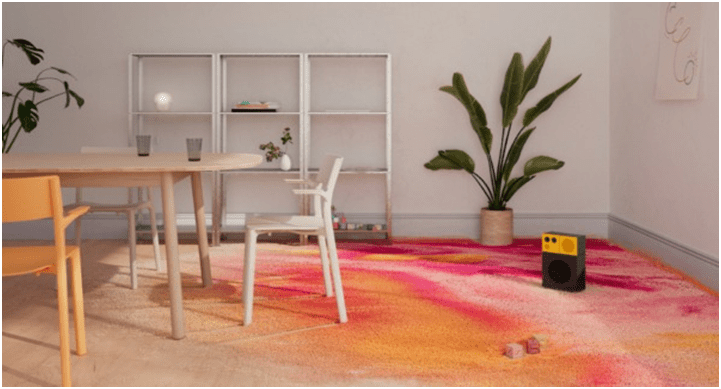 Like many other augmented reality projects being tested by brands like IKEA, the reality of getting them to market is still one which will take time. Not only does the technology need to be readily available to the mass population, it has to be compatible with consumer devices for the experiments to be successful. Nonetheless, the IKEA and SPACE10 experiments offer a glimpse into the future use of Ar technology. One of the main purposes of the experiments is not only to bring them into the everyday working world but to also flaunt the potential of the technologies capabilities in relation to their use in homes.

The use of VR, AI and AR technology has also revolutionized other industries such as the gaming industry. The Pokemon Go app is not the best example of how technology can be adapted to make the experience for use more interesting and interactive, helping to grow markets and the economy as a whole.