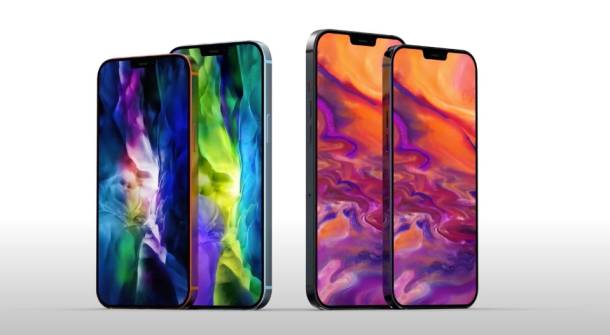 Apple’s software team has been busy of late, with the company rolling out iOS 13.6.1 and an iOS 13.7 beta earlier this week. As you would expect this late into the iOS release cycle, iOS 13.6.1 doesn’t include a ton of new forward-facing features, if any, but rather addresses a small number of performance issues and minor bugs.

Shortly after the new iOS update dropped, some iPhone users started to notice a problem with their devices overheating and battery life draining abnormally quickly. Notably, the issue appears to impact a wide range of iPhone models, from the iPhone SE and iPhone 6S all the way up to the iPhone 11 Pro. While some users have found that shutting down their phone and restarting twice alleviates the issue, others haven’t been so lucky.

With that said, iMore has a post up detailing some measures you can take if you happen to be experiencing an iPhone with any of the aforementioned issues.

Doing this will erase your saved WiFi access points and passwords, reset your cellular network connection with the towers, and you basically start fresh. You’ll need to re-connect to your WiFi networks, but that shouldn’t be too much of a headache.

To try this fix, all you have to do is go to Settings > General > Reset > Reset Network Settings.

If that doesn’t work, you can then try to reset all of your settings by going to Settings > General > Reset All Settings. Note that this will not remove any of your data, with Apple describing it as follows:

All settings—including network settings, the keyboard dictionary, the Home screen layout, location settings, privacy settings, and Apple Pay cards—are removed or reset to their defaults. No data or media are deleted.

If that doesn’t work, you could erase all of your data and restore your iPhone from an iCloud backup. While this should work, this is certainly a final resort that you will want to avoid if possible.

A more practical solution — assuming that the issue isn’t that bad — might be to wait for iOS 13.7 to drop. Especially given that Apple released an iOS 13.7 beta this week, and because iOS 14 is poised to arrive in just a few weeks, it stands to reason that iOS 13.7 is coming very soon and could very well include a fix for the aforementioned overheating issue.

A more general piece of advice that I’ve followed over the years is to avoid incremental iOS upgrades if they address performance issues I myself haven’t experienced. If an iOS update includes a security update I’ll certainly make a point to download it, but barring that, I’ll steer clear of minor updates if things are otherwise running smoothly.