Top 5 Essential Services of a Software…

Go Truly Wireless With These $19 Earphones… 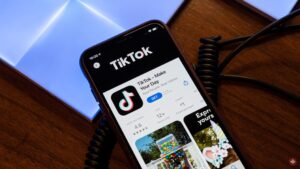 “We are studying the new regulations that were released Friday. As with any cross-border transaction, we will follow the applicable laws, which in this case include those of the U.S. and China,” ByteDance general counsel Erich Andersen told CNBC.

ByteDance has also acknowledged that the new rules make its plans to sell its U.S. operations to avoid a ban even more complicated.

The Chinese government implemented new rules on AI (artificial intelligence) technology exports, which may require TikTok to obtain a license before it’s able to sell its operations.

One of the types of technology that is under new restrictions is the “recommendation of personalized information services based on data analysis,” according to CNBC. TikTok is known for its recommendation algorithm that shows users videos that pertain to their interests from other videos they have watched along with their geographical location.

TikTok will now likely have to go through the licensing procedure before it can make a sale. Microsoft is currently considered the front runner as a potential buyer, and has reportedly teamed up with WalMart in its bid.

On August 6th, President Trump signed an executive order banning U.S. business with TikTok. The order essentially aims to force TikTok to sell its U.S. operations or face a ban. The rule was initially meant to take effect in mid-September but has since been extended to November 12th.

The new rules implemented by the Chinese government may hinder a possible sale of TikTok’s U.S. operations, as it nears the deadline given by the Trump administration.