How To Fix Twitch Mods Tab Not…

Last May, a largely overlooked report by OpenSignal detailed how, despite endless hype, U.S. 5G is notably slower than 5G in most other developed countries. Because U.S. regulators failed to make mid-band spectrum (which offers faster speeds at greater range) widely available, many U.S. wireless carriers like Verizon embraced higher millimeter wave spectrum (which has trouble with range and building wall penetration) or low-band spectrum (which offers greater range but at notably reduced speeds). The result of the study was fairly obvious: 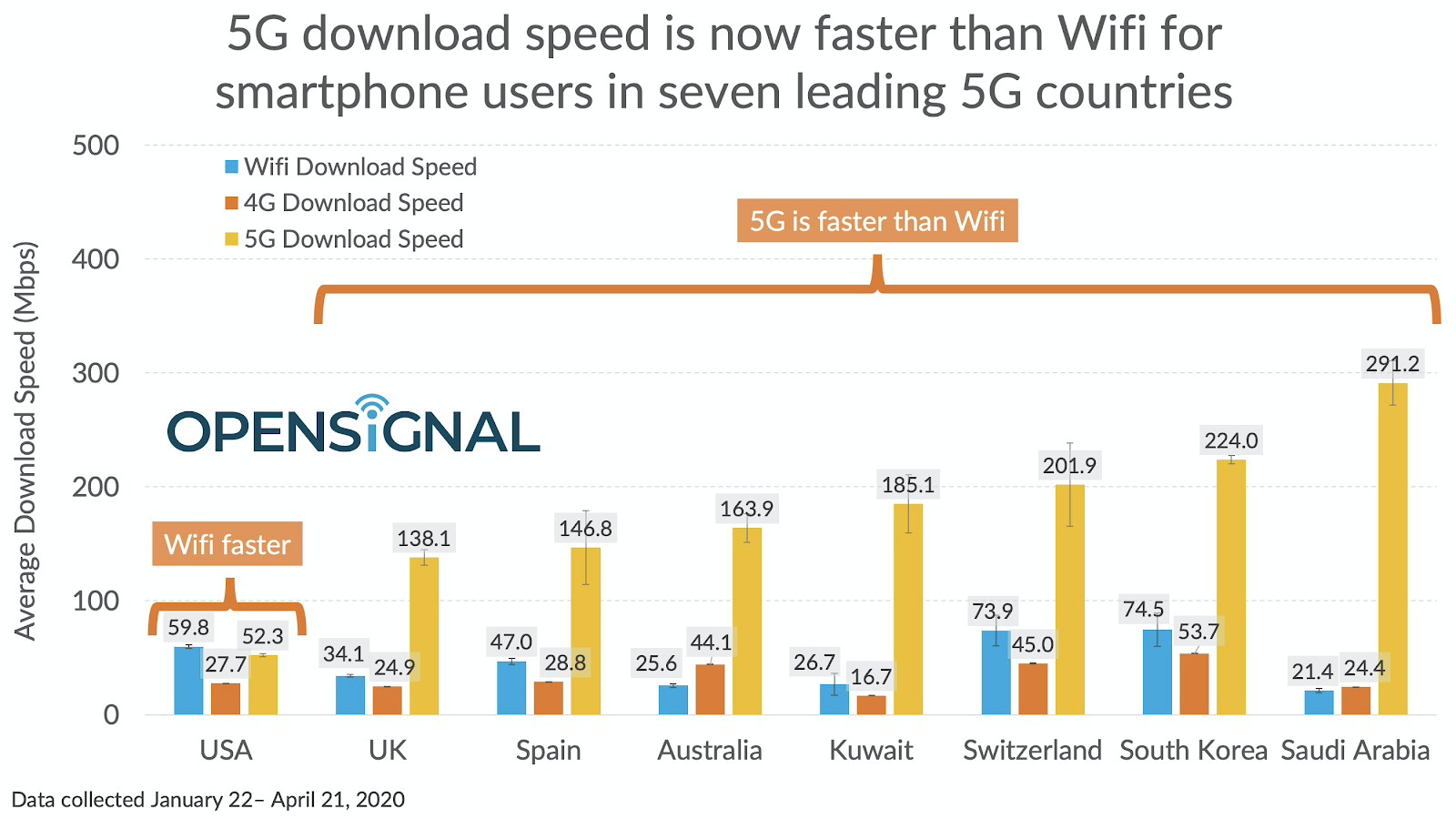 A new updated report by OpenSignal didn’t have any better news. According to the wireless network analysis firm, average 5G download speeds in the US is somewhere around 50 Mbps. And while that’s certainly nothing to sneeze at, it’s a far cry from carrier hype proclaiming 5G is somehow utterly revolutionary, and it’s far from the 200-400 Mbps speeds being seen in many other countries: 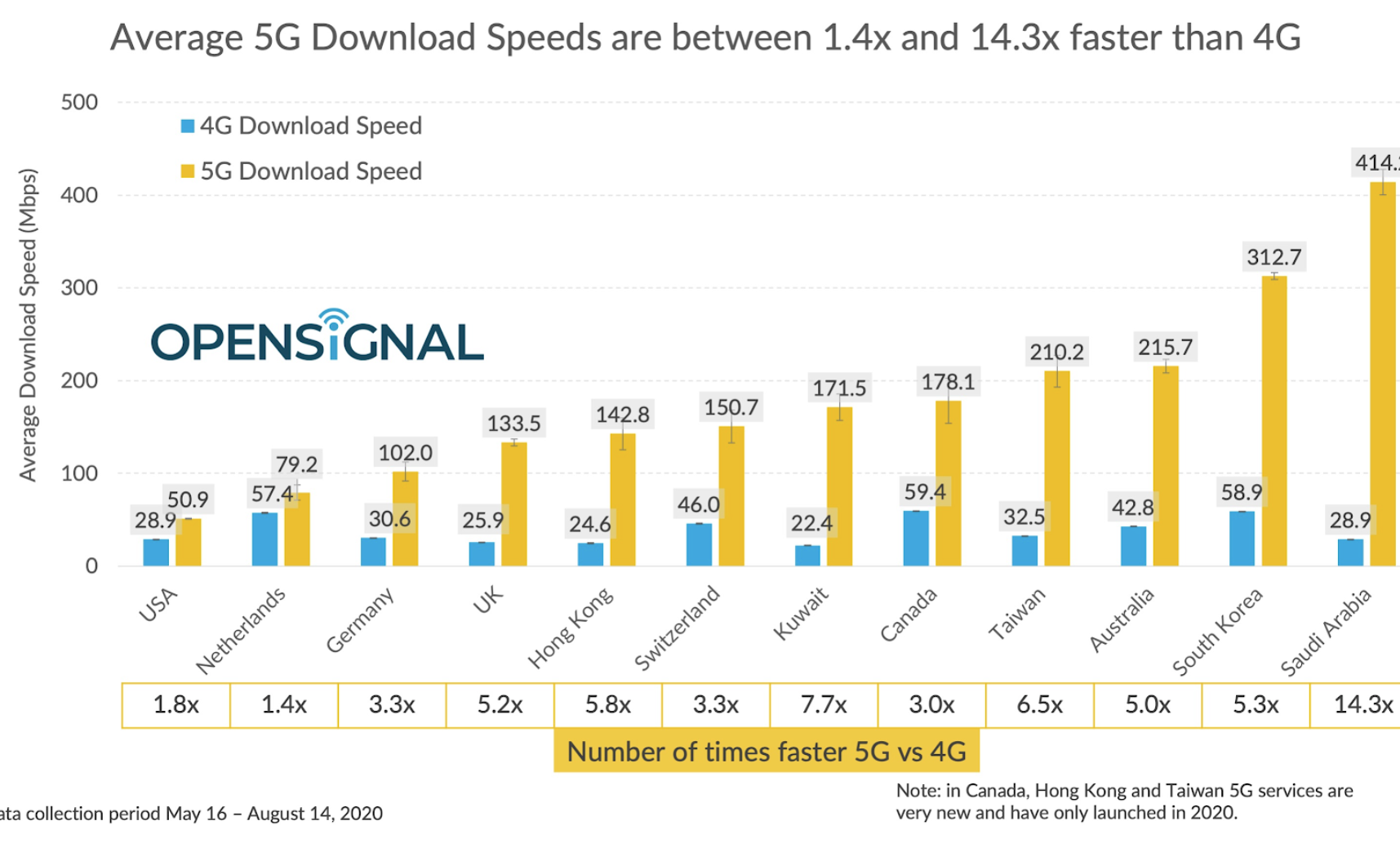 “When we consider the average download speed using 5G technology we see a very different story. While Saudi Arabia remains in first place, South Korea jumps to second place with average 5G Download speeds of a staggering 312.7 Mbps — over five times faster than South Korea’s already fast 4G speeds. The U.K. moves up the rankings with the U.S., Netherlands and Germany now dropping into the last three positions.”

To be clear the U.S. is taking steps toward fixing the problem. The FCC just completed a major auction of mid-band spectrum, though confidentiality means we don’t yet know who the winners of the auction were. It’s also worth noting that because of the heavy use of low-band spectrum in the U.S. (again, offering slower speeds but at better range), U.S. 5G signal availability and reliability (assuming you’ve in a launch market and were able to afford a new phone that supports it) has been pretty good, even if our implementation of 5G isn’t as fast as many other nations.

The problem is that while 5G is somewhat faster than 4G in the States, a modest evolution is not what’s being advertised to the end user. Companies like Verizon advertise 5G as a near-mystical panacea that’s capable of revolutionizing everything from smart cities to cancer treatment, even though a closer examination usually shows that’s simply not true. Carriers have also been repeatedly misleading the public about where 5G is actually available, which is associating the standard with empty hype in the minds of consumers.

The other problem that will plague the U.S. (but gets largely ignored by firms employed by wireless carriers who don’t want the subject talked about) is the cost of 5G in the States. Americans already pay some of the highest prices for 4G in the developed world, and with the triple punch of captured regulators, the death of net neutrality rules (which prohibited non-transparent “creative” nickel-and-diming of users) and an almost mindless lust for competition and job-eroding industry consolidation, Americans will once again wind up paying higher prices for slower service than most developed nations.

That’s all a long way of saying that for a country that prattles on endlessly about the importance of the “race to 5G,” we’re a far cry from ever being able to claim we’re actually winning it.