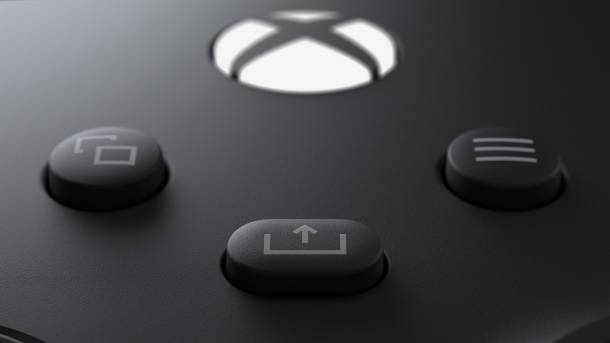 We’re just two months away from the release of the Xbox Series X and PS5, but neither Microsoft nor Sony is willing to reveal any availability details for the next-gen consoles. Microsoft did say the Series X will be released in November, with some rumors pointing to November 6th as the potential release date for the console. The PS5 is rumored to hit stores a couple of weeks after that, but Sony hasn’t even confirmed that the console will be available in November.

Some gamers have taken to Twitter to vent, wondering when Microsoft and Sony will finally reveal pricing and release dates for their new gaming rigs, considering that the holiday season is closing in fast. The best answer came from a Microsoft exec who said this information will be released when the company is “ready.” Unfortunately, it’s unclear when that might be. But some marketing promotions for the next-gen consoles have already been leaked, including one that lists the purported retail price of the Xbox Series X.

I understand everyone is excited to know and people want to plan purchases etc. We’ll let you all know when we’re ready 💚

It’s unclear what might be holding Microsoft back, especially considering the company was mostly one step ahead of Sony when it came to new console announcements. However, a few reports said that Microsoft is aiming to undercut the PS5. If that’s true, then Microsoft might be waiting for Sony to make the first move when it comes to announcing prices. A series of reports said the biggest PS5 press conference of the year is coming on September 9th, but we have no official news on the matter from Sony. The company did say that PS5 preorders are coming soon, and it confirmed that initial supply will be limited.

It’s not just gamers who are waiting for PS5 and Xbox Series X launch and pricing details. Other companies intend to run all sorts of promo deals for their customers, which will include free console prizes. One of those promos recently leaked, and that’s where we learn that the Xbox Series X might cost $599, as reported by Critical Hit.

Looks like Pringles, of all brands, broke the Xbox Series X price for South Africa. If my maths checks out, this puts the XSX at around R13,5K locally? Unsure if that’s excluding tax. https://t.co/luosSEa8Qi pic.twitter.com/UsDe2tfcAB

Pringles sent out care packages to influencers to promote its new partnership with Xbox that will include a new Game Pass giveaway. Pringles customers in South Africa will have a chance to win an Xbox Series X console, with 46 systems included in the prize pool. The value of the 46 consoles is R621,000, which translates to about £611 each in the UK. CriticalHit speculates the UK price will be £599, which could make the Xbox Series X price $599 in the US, though that would be a departure for Microsoft. The Xbox One was released at $499 in the US and £429 in Great Britain seven years ago. US prices do not include tax, whereas UK prices have VAT tax factored in.

Taco Bell will also run a giveaway that includes Xbox prices. GameRant explains that a leaked internal Taco Bell document lists the various promotions the fast-food chain will run from September through November. Taco Bell will offer customers a “once in a lifetime chance” to win an Xbox Series X console. What’s even more exciting is that winners will win their prizes before the Series X is available for purchase.

The Taco Bell promo will also include other prizes, including a 6-month Xbox Game Pass Ultimate subscription if this leak is accurate. To win, customers will have to purchase a Medium or Large drink from participating restaurants.

This upcoming promotion starts on September 23rd and runs through at least November 4th, according to the leak. What the documentation doesn’t reveal is the actual value of the main prize, which would tell us how much the Series X costs. That said, if Taco Bell plans to announce its Xbox promotion in the coming weeks, it means that Microsoft might soon be “ready” to reveal pricing and release date information for the Series X and the rumored Series S. Taco Bell will have to clearly state the duration of the promo along with the value of the prizes in the promotion’s terms and conditions documentation.

This brings us to the Xbox Series X promo from Family Dollar and Chips Ahoy, whose official rules are already available online. They state that the value of an Xbox Series X and an Xbox wireless controller is $560, while the controller alone costs $59.99. This seems to indicate the Xbox Series X will retail for $500 this November:

The promo started on August 9th and lasts through October 31st.