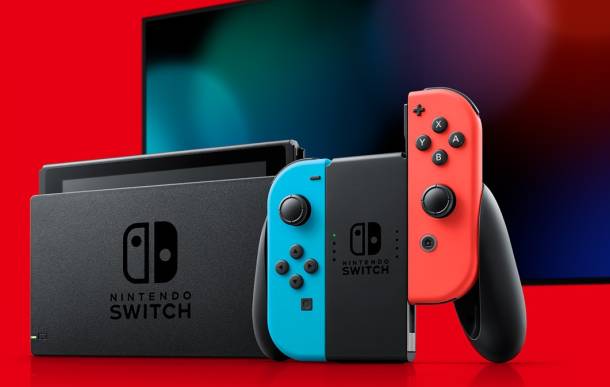 Nintendo has been charting its own course for decades, and that was abundantly clear once again in 2017 when the company released an underpowered, hybrid game console with detachable controllers while Sony and Microsoft were pushing the 4K-capable PS4 Pro and Xbox One X. Three years later, the PS5 and Xbox Series X are about to roll out, while the Switch has yet to get an upgrade. But that might change in the coming months.

Rumors of a “Switch Pro” have been circulating for years, but the evidence has started to pile up lately. Last month, a report out of Taiwan claimed that Nintendo was planning to launch a new Switch model with a better display in the first quarter of 2021. And this week, a Bloomberg report claimed that Nintendo has been reaching out to developers about making their games “4K-ready,” seemingly ahead of the Switch Pro launch.

“Nintendo is making preparations for an upgraded Switch model and a beefed-up games lineup for 2021,” the report explained. “Several outside game developers, speaking anonymously as the issue is private, said that Nintendo has asked them to make their games 4K-ready, suggesting a resolution upgrade is on its way.”

This is the latest of several proclamations from reliable sources that an upgraded Switch is in the works. In fact, the rumors had apparently become so prevalent by early in 2020 that Nintendo felt the need to announce that it had “no plans to launch a new Nintendo Switch model during 2020.” 2020 is swiftly coming to a close, though, and with new Xbox and PlayStation consoles nearing release, the window for a 4K Switch has definitely opened.

This revelation from Bloomberg was sandwiched in the middle of an article primarily about Switch supply, which has been an issue for the company throughout much of this year. Nintendo reportedly raised Switch orders to 25 million units in August, but when it became clear that wouldn’t be enough, assemblers began operating factories at 120% in order to attempt to meet the heavy demand. With the holiday’s fast approaching, Nintendo will need to have shelves fully stocked with Switch consoles, especially in light of the recent Mario-centric announcements.