5 Tips for Successfully Trading and Investing…

How To Transform Your Business Using Seo 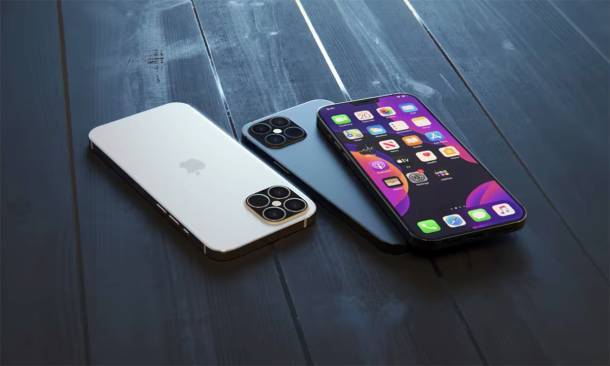 The perfect smartphone design is officially here, but you can’t really have it. And there’s no telling whether the compromise is worth it. I’m talking about all-screen phones with under-display cameras, and specifically of the new ZTE Axon 20 5G that launched recently. The phone was unveiled only a few days ago, and it’s the first commercially available handset with a selfie camera placed beneath a functioning area of the display. But there’s no telling when the handset will be available outside of China. Also, there’s no telling if the selfie camera can deliver the performance as a high-quality camera like the ones Apple and Samsung use. The first under-screen camera prototypes were unveiled by Oppo and Xiaomi last year, two other popular smartphone makers from China. The main problem with these devices is selfie camera quality.

Every other company in the industry is working out the kinks with the new display technology, including big players like Apple and Samsung. There’s no huge surprise there. Apple has been working on the perfect iPhone design for years, and the notch represents the last remaining compromise. Samsung has a similar compromise to iron out with the hole-punch camera at the top of its screens. And it so happens that Samsung Display is a major supplier of OLED screens for both the iPhone and flagship Galaxy S and Note handsets. With all that in mind, it’s no surprise to see a long-time Samsung leaker tweet that the first iPhones and Galaxy S phones with under-screen cameras might come as early as next year.

In a pair of tweets on Friday, Samsung insider Ice Universe hinted that both Apple and Samsung are developing under-display camera technology.

The leaker said Samsung’s tech is superior to solutions from competitors and that Samsung has stricter requirements for under-screen cameras than other brands. The leaker also seemed to indicate that the Galaxy S21 might have an under-screen camera, assuming Samsung Display can deliver.

There’s no telling if the S21 will indeed get an under-display camera and we’ll have to wait a few more months for more significant Galaxy S21 leaks. Samsung’s plans do not always materialize when it comes to new technology, and there’s no reason to rush the technology to market if it’s not ready. Nobody wants bad selfies, and the Infinity-O designs look good enough as it is.

This will be even more difficult for Apple to pull off. It’s one thing to replace the hole-punch camera with one that sits under the display. But Apple has a bunch of sensors next to the selfie cam that are needed for 3D face recognition. It’s unclear whether Apple can place all those components under the screen without hindering Face ID functionality.

On the surface, Apple has a soft spot for Notch, but in fact, it is working hard to overcome the under-screen camera and foldable technology. Maybe next year, Notch will disappear without a trace.

Ice said that Apple is working hard “to overcome the under-display camera and foldable technology,” adding that the notch might disappear next year. The same leaker said on Chinese social media that Apple has already ordered foldable screens from Samsung Display, an indication that Apple is actively pursuing foldable iPhone designs. While the leaker has a good track record at revealing industry secrets, especially Samsung-related ones, there’s no telling when the first iPhone and Galaxy models with a camera under the screen will launch. It’s unlikely the iPhone 13 and Galaxy S21 will ship with such screen innovations if selfie quality is affected.