How to Stream Game 1 of the…

A long-awaited Willow sequel is official, and…

Tonight, in what can only be described as a head-scratching moment, US Customs and Border Protection (CBP), posted a story and couple of Tweets bragging they recently seized 2,000 counterfeit Apple AirPods. The problem there is that they included pictures with their big moment and the pictures show the OnePlus Buds, a pair of true wireless earbuds that are most definitely not AirPods.

You can see the Tweet below from @CBP, where they claim in all caps “THAT’S NOT AN 🍎” followed by pictures of the OnePlus Buds. They also point out that “had they been genuine,” the value here is around $400K. That would be something, again, if these were actually counterfeit AirPods instead of OnePlus Buds that sell for $79. 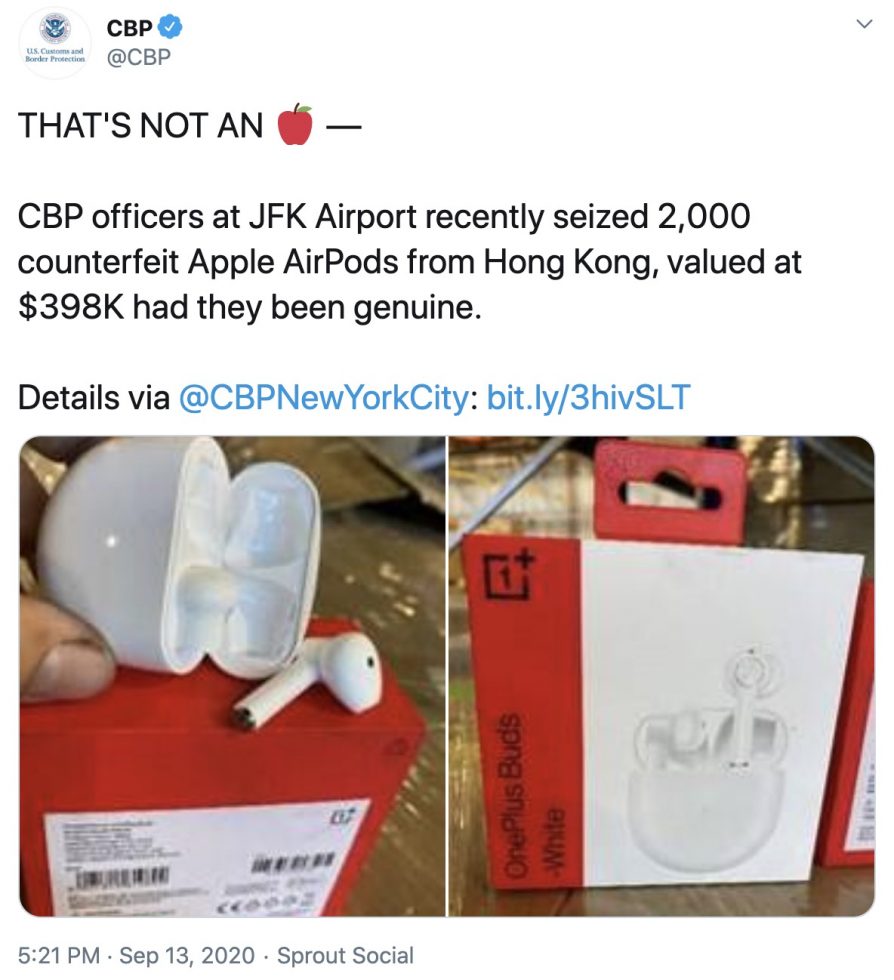 The official CBP Twitter account links to a story from CBP New York City that talks about the seizure actually taking place on August 31 at JFK airport. I’m not sure why everyone is Tweeting this news this weekend, but I’ve got to assume that OnePlus has already dealt with this and taken back their product? If not, what in the hell, man?

I’m actually a little speechless, but I also can’t help but laugh at these fools. I mean, assuming these are just OnePlus Buds, which they sure look like (that is the box they come in and that’s their rounded case), then the CBP is out here showing off after wrongfully seizing thousands of products.

We’ll update this story as we learn more. Meanwhile, here is our OnePlus Buds review to help you pass the time. 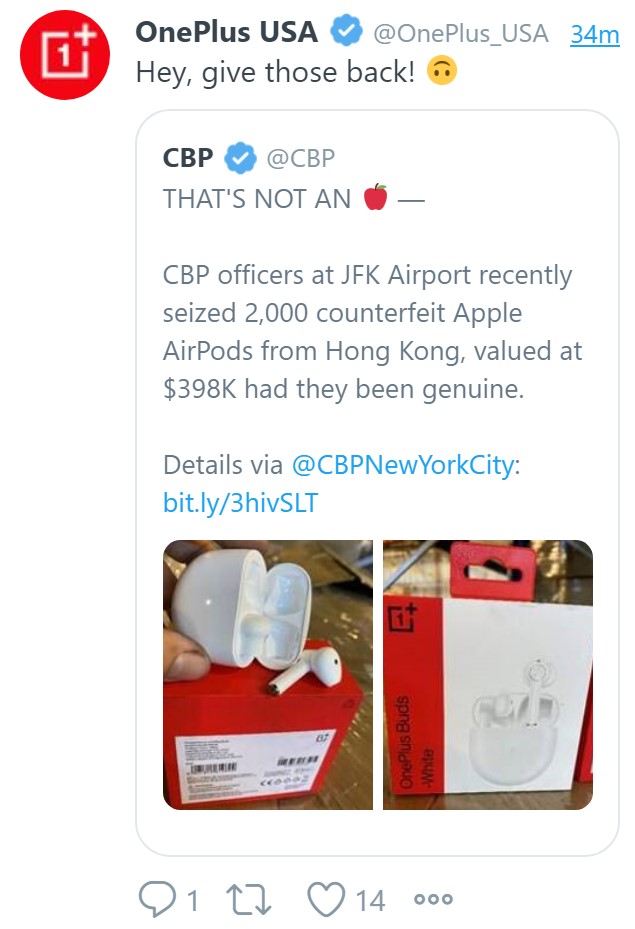