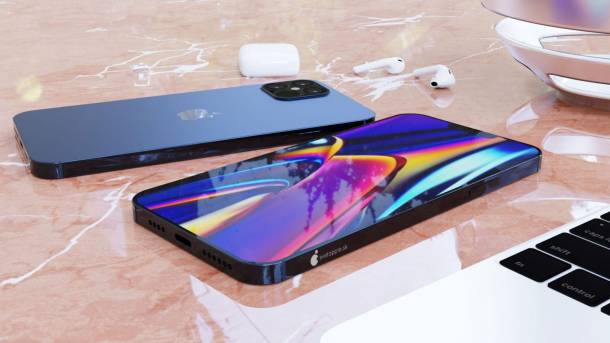 If this was a regular year, iPhone 12 preorders would have started on Friday, a few days after Apple’s mid-September iPhone press conference. But a tiny pathogen ruined everything about normal life. The novel coronavirus forced governments to impose lockdowns and travel restrictions in the early months of the pandemic, in an attempt to contain outbreaks. Some countries were more successful than others, but the restrictions impacted everything. The new iPhone generation wasn’t spared either, and Apple found itself forced to delay the manufacturing and launch of the iPhone 12 series.

Apple confirmed the delays a few months ago, signaling that its September quarter will not include any iPhone 12 sales. Since then, we saw a number of rumors that said Apple would launch a couple of new iPhones in late October, with the remaining two Pro models set to arrive later in November. Apple did schedule an online-only press event for September 15th, but it seems to be centered on the next-gen Apple Watch. Other Apple products are expected at the show, including the new iPad Air and 8th-gen iPad, but the not the iPhone 12. That’s what pundits say, but we won’t really know until next week. While we wait, we do have a brand new video leak that shows the purported design of the iPhone 12.

YouTuber EverythingApplePro posted on Twitter a 5-second clip of the iPhone 12 Pro chassis, a vital component of the handset that seems to confirm the phone’s final design. The iPhone 12 will feature the first significant design change since the iPhone X. Apple has dropped the rounded edges of the iPhone X in favor of flatter edges like the old iPhone 5 and newer iPad Pro models. Rumors said the new iPhone series would offer a mix between the iPhone 4 design and the iPad Pro when it comes to the metal frame, and this video seems to confirm that.

The clip also gives us a look at the rear panel and the main camera, and we’re looking at cutouts for three primary sensors. The smaller holes will hold the flash and the LiDAR sensor. That’s the same extra sensor that Apple introduced with the iPad Pro earlier this year, which will be used for augmented reality (AR) features on these devices. The camera bump doesn’t seem to be as prominent as expected, and it’s a lot different from earlier leaks we saw that suggested the LiDAR sensor would be much larger.

Other changes concern the SIM tray placement, which has moved to the left side of the handset. On the right side, there’s a strange cutout that might accommodate the extra 5G antenna the iPhone 12 Pro requires to connect to 5G networks.

All four iPhone 12 handsets will offer 5G support, which requires specialized components since it’s not just a Qualcomm modem that will enable 5G connectivity. These phones also require 5G antennas. This could explain the new design of the handset. The flatter edges may help Apple use as much internal space as possible to accommodate all the necessary components without sacrificing battery life. That’s just speculation at this point, especially considering the chassis in the video above can’t be confirmed.

The iPhone 12 screen might not be featured in this clip, but we expect it to feature the notch we’ve grown used to since the iPhone X. The notch might be a tiny bit smaller on Apple’s new iPhones, however.

Coronavirus outbreak: 41 dead, 1,287 affected in China, at least 12 cities under lockdown; virus spreads to Europe with 3 cases confirmed in France