Most of us have probably seen a video of a sand drawing table at work, in which a steel ball — magnetically-coupled to a gantry under a layer of sand — lazily draws geometric patterns with utter precision and zen-like calmness. That’s all well and good, but [Mark Rehorst] thinks it can also be interesting to crank up the speed and watch the ball plow through sand just as physics intended. There’s a deeper reason [Mark] is working at this, however. Faster drawing leads to less crisp results, but by how much, exactly? To answer this, [Mark] simply ran his table (which is named The Spice Must Flow) at both fast and slow speeds and documented the results.

These two images show the difference between running the table at 100 mm/s versus 500 mm/s. The slower speed is noticeably crisper, but on the other hand the faster speed completed the pattern in about a fifth of the time. [Mark] says that as the ball aggressively accelerates to reach target speeds, more sand is thrown around over existing lines, which leads to a loss of detail. 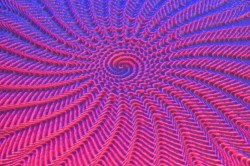 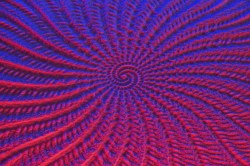 Crisper detail, or a faster draw? Which is “better” depends on many things, but it’s pretty clear that [Mark]’s cat finds the fast version more exciting. You can see [Mark]’s table at high speed and the cat’s reaction in the video, embedded below.

Sand plotters are more or less alike in function, but under the table there are all kinds of different approaches. SandBot uses a SCARA-based arm, and you can see the entire mechanism under the table turn in this polar arrangement.