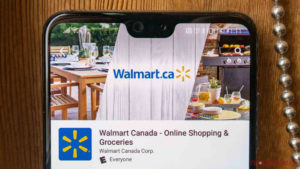 Walmart Canada is investing $3.5 billion CAD to pre-order 130 Tesla Semi transport trucks and revamp its retail customer experience over the next five years.

Walmart hasn’t said how much of that $3.5 billion is being used to buy the trucks, but it’s a pretty significant investment since the Semi isn’t even out yet. That means there’s no real way to determine if it’s good or not, but on the environmental side of things, this is good news for Canadians.

Way back in 2018, Walmart in Canada bumped up its Tesla Semi pre-orders to 40 vehicles. Now, it plans to expand that to 130 over the next five years.

The company’s goal is to eliminate its greenhouse emissions by 2040, so reducing the number of fossil fuels that its delivery teams make is a massive part of that. The retailer plans to turn 20 percent of its delivery fleet electric by 2022, and 100 percent should be using sustainable energy by 2028.

Beyond greener transports, Walmart Canada is also revamping its retail presence on both the consumer-facing side and behind the scenes to take on Amazon and other online retailers.

The two new distribution centres will be in Surrey, B.C. and Vaughan, ON and will be zero-waste facilities when they launch.