September was a very busy month in the tech world. Preorders went live for the PS5 and Xbox Series X, we saw a slew of new Apple products hit stores and the Nvidia RTX 3080 took 4K gaming performances to new heights.

October doesn’t look to be less crammed judging by the initial few days. Microsoft kicked off the month in style as it announced two new products, along with several new accessories.

Microsoft Surface fans have a lot to be happy about right now, but some notable omissions are guaranteed to upset a few people too. Not sure what we’re talking about? Read on as we run you through the highs and lows of the official Microsoft reveals this week. 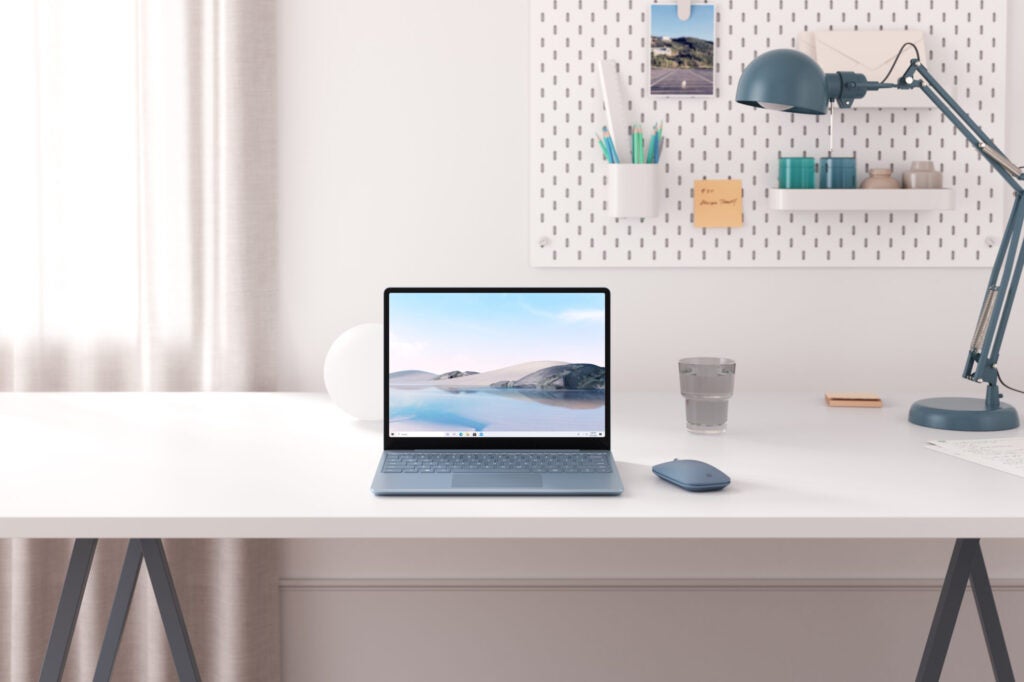 Microsoft launched two new devices this week: the Surface Pro X 2020 and the Surface Laptop Go. The latter caught our attention particularly, with the super-cheap £549 starting price almost half the cost of Microsoft’s next most affordable clamshell Surface laptop.

With a 12.5-inch screen, Intel Core i5 processor and ultra-portable design, the Surface Laptop Go has all the required specs to be an absolute belter of a bargain for those who just need a laptop for basic day-to-day tasks.

Of course, we can’t guarantee it’s quality before reviewing it, and we’ve got a few reservations about the stingy storage on the base model, but it’s nevertheless a welcome sign to see a major laptop manufacturer launching a product that’s half the cost of your typical ultrabook.

The Surface Laptop Go appears to be the start of a new trend, with rumours indicating Apple will soon follow suit with the 12-inch MacBook Arm. This could also be one of the very first Macs to feature the Apple Silicon, and so could well be a very tempting alternative to the Surface Laptop Go.

Either way, it’s an exciting time for the laptop industry, especially if you’ve felt that laptops have been becoming increasingly too expensive in recent years.

Rumours previously indicated that Microsoft would launch the Surface Laptop 4 and Surface Pro 8 this month, which seemed very credible since Microsoft has traditionally provided annual updates to its hugely popular computing devices.

However, with Microsoft making no mention of the Surface sequels during the most recent announcements, it’s looking increasingly likely we’ll have to wait until 2021 for the new devices.

Microsoft insider Zac Bowden has confirmed as much, claiming the Surface Laptop 4, Surface Pro 8 and Surface Studio have all been pushed back to 2021.

This delay is particularly disappointing as it means Surface fans will have to wait a numerous of months before upgrading to the new Intel Tiger Lake (or potentially even the AMD Ryzen 4000) processors. Meanwhile, the likes of Acer, Dell and Lenovo are all set to launch laptops before the end of the year with the next-gen chips, providing new levels of performance power and battery efficiency.

Windows Latest claims the delays are due to “the economic crisis around the world”. It’s unclear whether this means Microsoft is struggling with the supply chain, or simply think it’s a bad time to be launching products that cost over a grand, although that didn’t stop the company shipping the Surface Pro X 2020 for £1549.

But while the delay is no doubt disappointing for Surface fans, it’s a very minor problem considering the current global affairs. There’s every chance Microsoft will launch its Surface sequels in the first half of 2020 instead, which really isn’t that far away. And if you’re really desperate for a new laptop, there are plenty of options available from the likes of Apple, Dell and Lenovo right now.