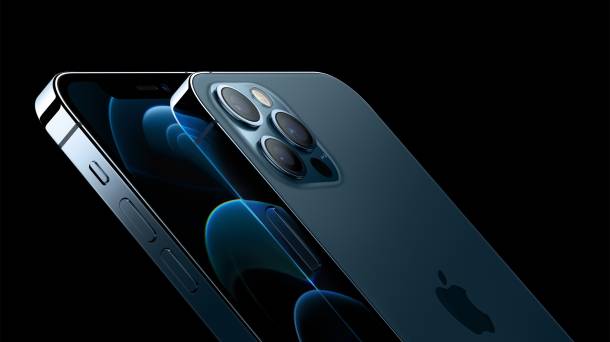 This year is different when it comes to buying the latest iPhone, and it’s not just because of the novel coronavirus pandemic that forced Apple to delay its releases. One thing that makes the iPhone 12 launch unique was Apple’s decision to introduce four distinct iPhone 12 models this year, including iPhone 12 mini, iPhone 12, iPhone 12 Pro, and iPhone 12 Pro Max. All the handsets feature a brand new design, they run on the same powerful A14 chip, they all support 5G networks, and they feature OLED screens with tiny bezels. The handsets come in various colors and prices start at just $699 (with carrier offers). This makes choosing a new iPhone a bit more difficult than in previous years, and the first wave of Apple’s iPhone 12 release proves that. The iPhone 12 and iPhone 12 Pro are nearly identical handsets that are similar when it comes to specs and design. The Pro has a stainless steel frame, more storage, and two additional camera sensors on the back that will offer additional features and improved AR experiences (at some point down the road) — but you’ll have to pay $200 more for the Pro.

The first iPhone 12 Pro and iPhone 12 reviews are now out, and they could help you choose the right iPhone 12 version for you. Mind you, the Pro is mostly sold out for the moment so if you want a new iPhone right away, the decision might be made for you.

I’m in the awkward position here, maybe for the first time since I’ve been reviewing iPhones, of having neither of the devices that I want to daily drive in my hand. Though both of these phones have many features to commend them, they fall outside of the parameters that I use to decide what to carry with me.

[…] for most people, the iPhone 12 is a really stellar buy. Its bright colors, lightweight but sound construction and improved camera make it the ‘easy choice’ for those confused by Apple’s broad current lineup.

At this point, [5G] should not be the primary reason to splurge on an expensive handset in a pandemic-induced recession.

The iPhone 12, with bright screens and a more robust design, is still a solid upgrade from past iPhones. But you will pay a premium: The device, which becomes available on Friday, starts at $829, up from $699 for last year’s iPhone 11. (Another model, the iPhone 12 Mini, costs $729 but has a smaller screen and ships later this year.)

The iPhone 12’s new chipset is its most significant internal upgrade. It’s the same chip that powers the new iPads. It’s an impressive piece of silicon, with the same number of CPU and GPU cores as the chip in the iPhone 11, but faster. There are double the number of cores in the chip’s Neural Engine, which powers things like Face ID, Animoji, and augmented reality apps.

The new iPhone 12 is a speedy phone. Launching apps, searching for apps, and downloading new apps, like Tetris, was noticeably faster on the iPhone 12. Same with augmented reality apps, like the delightful Big Bang AR app made by CERN and Google. But I could run the app just fine on both my iPhone 11 and iPhone 12. You can do pretty much everything on the iPhone 11 that you can do on the iPhone 12. The 12 just has a little more zip to it.

I could care less about AR in a phone, but the [LiDAR] scanner does a lot to improve the camera system on the iPhone 12 Pro. (The Pro Max will also have a lidar scanner.) Here, it enables faster autofocus and the ability to capture portrait photos in Night mode. The latter has been my favorite camera feature to test. I no longer encounter that “Not enough light” message when taking a Portrait mode photo in low light. It doesn’t work perfectly every single time, but the results are often well detailed and colorful, with a pleasant “bokeh” blur effect around the subject. If you use Portrait mode extensively, as I do, this is the upgrade you’ve been waiting for.

I downloaded the first two seasons of “Breaking Bad” (about 4 GB) in less than 3.5 minutes on Netflix and Apple TV, respectively, and a 2GB game in 45 seconds from the App Store. Speedier than my home broadband network, that’s for sure. Yet it took 4 minutes to pull down just one episode on Amazon Prime Video. Download time can depend as much on the service you’re using as it does the speed of your network.

Plus, the iPhone 12 got uncomfortably warm during those downloads. To the point where I had to put it down.

I think most people shopping for a phone right now should choose the iPhone 12, and I expect that will be the most popular model. It’s the one I ordered, though part of me wonders if maybe I’ll like the bigger iPhone 12 Pro Max better. We’ll see when that launches in November.

There’s no denying that the iPhone 12 and iPhone 12 Pro are Apple’s most advanced phones to date. But once you cut through all of the fancy marketing jargon, you’re really just getting a new chipset, marginally improved camera sensors, a few new camera features, and a thicker form factor. I’m leaving 5G completely out of this because, well, it’s just too soon.

The iPhone 12 lineup is really only a worthy purchase if you’re coming from an iPhone that you’ve had for years, like the iPhone X or prior. That way, the new features will actually be considered sizable upgrades rather than minor improvements.

I’m of two minds about the iPhone 12. There’s no question this is a great phone overall, and many of the changes Apple has made to its most popular iPhone are for the better. The new Super Retina XDR panel is a phenomenal improvement over the disappointing LCD panels in previous models at this price, even if it lacks a high refresh rate. And the fresh new design, MagSafe system and excellent dual-camera system all earn the iPhone 12 high marks.

But Apple’s resistance to change in key areas is still disappointing, to put it mildly. Practically every major phone maker has stopped being stingy with base storage — even Google offers 128GB on the $349 Pixel 4a, for crying out loud. The fact the iPhone 12 still only starts with 64GB is borderline criminal. Equally frustrating, Apple has committed the only sin worse than packing horrendously slow charging bricks with its phones — it’s stopped including them altogether. […]

But then you have to consider that there are certain aspects to the iPhone experience you won’t find anywhere else, like comprehensive 5G support, or that unrivaled A14 chip and all those years of guaranteed iOS updates.

Indeed, the iPhone 12 is still very much worth buying, and clearly more compelling than its predecessor ever was. Had Apple gone a little further, though, I can’t help feeling it would have been perfect.

The iPhone 12 Pro is a serious step up from the iPhone 11 Pro, but that’s now who this flagship is really for. It’s for those who own older iPhones who are looking to upgrade, such as the iPhone XS, iPhone X or iPhone 8. You get a bigger display in a design that’s just as compact, cameras that deliver astonishingly good results (especially in low light) and 5G connectivity.