Boeing 737 Max will return to flight…

Researchers taught AI how to judge a… 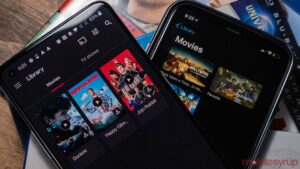 A recent lawsuit lobbed at Amazon has brought to light that when you buy a digital movie, you don’t really own it forever.

The terms that Apple, Google and Amazon use seem like the industry average. These terms allow users unlimited views of the movie or show that they purchased, but if the company loses the license for that piece of content, it will be wiped from your online library.

Personally, I’ve never heard of anyone having this happen to them outside of Netflix and other streaming services, but it’s something to be aware of.

Amazon’s attorney in the cases says that “These Terms of Use expressly state that purchasers obtain only a limited license to view video content and that purchased content may become unavailable due to provider license restriction or other reasons,” according to The Hollywood Reporter.

After reading about the Amazon lawsuit, I did some digging, and both Apple and Google offer similar terms. So this article is less of a news post and more of a public service announcement — if you have a movie that you really love and want to play forever, buying the physical copy might be a better idea.

The post It turns out that you don’t really own movies you buy from Amazon, Apple and Google appeared first on MobileSyrup.